Start of the New Season!

If you are interested in joining DW for the 2016 season, email the Staff at This email address is being protected from spambots. You need JavaScript enabled to view it.!

Email us at This email address is being protected from spambots. You need JavaScript enabled to view it. for more information! See you on the water!

Coming out of their race in San Diego, the San Francisco Dragon Warriors continued their strong showing this season at the CDBA 2016 Regional Regatta. The team seemed determined to build momentum and blow last year’s results out of the water. In 2015, the Dragon Warriors came in with only a one boat roster, an open boat (mixed with Cal Dragon Boat) that placed 3rd place in the open finals (+ 0:03.0 from 1st), a women’s boat that did not make finals, and a mixed boat that placed 3rd in Recreational A Division (+ 0:12.0 from 1st). This year, the Dragon Warriors brought two boats to Regatta, blending both tenured paddlers with some new blood. The women’s boat made Finals this time around,  the open boat (all Dragon Warriors) placed 3rd in the open finals (this time + 0:00.8 from 1st), DW2 placed 1st in Competitive B Division ( + 0:11.48 from 1st, 7th overall), and DW1 placed 4th in Competitive A Division (+ 0:01.09 from 1st). Following the race, several long standing members were emotional, perhaps seeing how far the team has come. This race marked a big step for the Dragon Warriors; however, no one on seemed completely satisfied and everyone from coach to new members seem determined to improve. The season is still young, but the future looks bright. The Dragon Warriors next race is the CDBA 2016 Sprint Race on July 10th at Alameda Point.

With the new coaching tandem of Shou-Long Leung and Luke Cassereau together, the San Francisco Dragon Warriors travelled down California for the 7th Annual San Diego Dragon Boat Race. Coming off of a strong year, Dragon Warriors showed promising growth, recruiting several new members, from new novice paddlers to seasoned college paddlers alike. Aided by their strong start, the Dragon Warriors posted competitive times throughout the two day event. Saturday’s event comprised of the 200M gender heats. The Dragon Warriors open 10-man boat finished in 3rd with a time of 1.21.4 (+ 0.01.2 from 1st). Sunday’s event included the 500M races. After each heat, the team could be seen huddled around going over race footage and strategy, a new concept implemented by the coaches this season. This resulted in each piece for the Dragon Warriors being better than the one previous. This all culminated in a first place finish in the Competitive B Division Finals with a time of 2:36.6 (the 4th fastest final 500M time). After several seasons, the Dragon Warriors seem poised for a resurgence. San Diego may just be the beginning. The Dragon Warriors next race is the CDBA 2016 Regional Regatta on May 7th at Lake Merced.

The San Francisco International Dragon Boat Festival had always been our end goal. We solidified our finish strategy and executed the start transition that we'd been working on all season. We ended our season two crews strong.

- 1st in Rec A Finals for Dragon Warriors 1

- 2nd in Rec B Consolation for Dragon Warriors 2 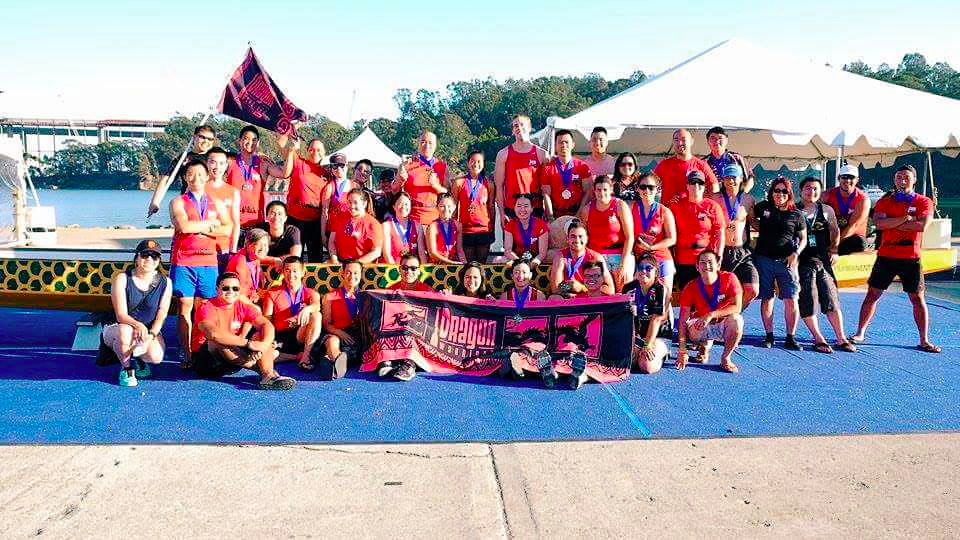 This was our international race for the season and the first time DW has returned in a few years. It was a huge eye-opener for our team in realizing the level of competition outside of California. From intense racing competition, to exploring the city, to making new friends (Hi MoFos!), it was surely a race that pushed us to end the season strong. In addition to continuing to build on our endurance, we focused on getting aggressive on the "ups" in our start sequence, which really benefited us during race. We also had the most amazing taco truck come to keep us fueled for the race! May 2015 - CDBA Regional Regatta in Alameda:

We incorporated starts into our race strategy and had a couple of new add-ons join us for their first race with Dragon Warriors! 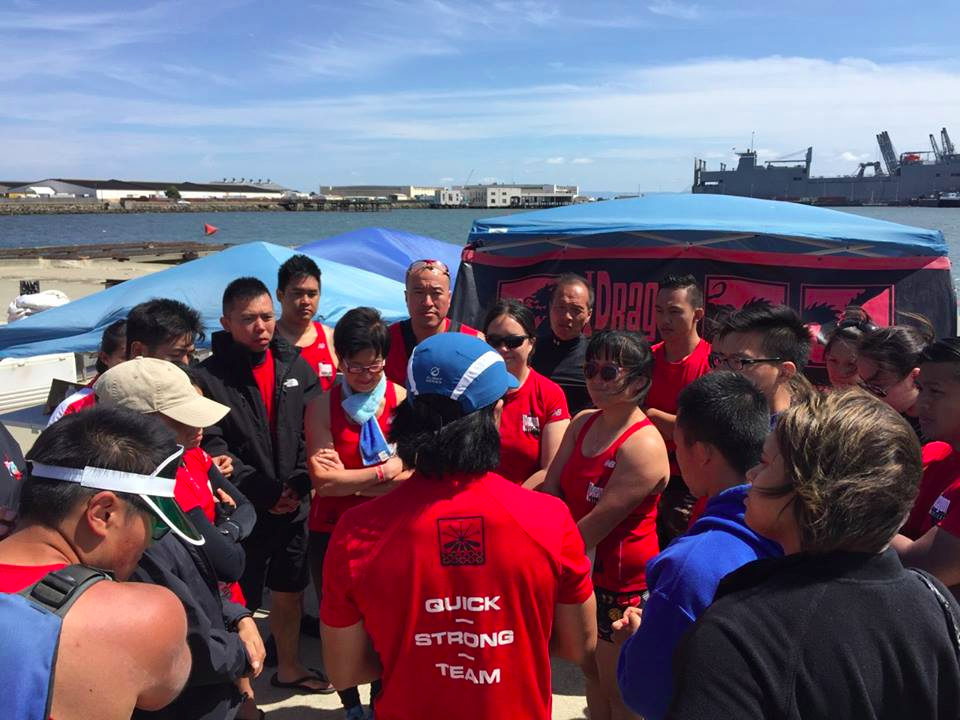 The 2016 season has begun! The new 2016 Board has a lot planned for the coming months. Keep up with us here on our website and find us on our Facebook Page.